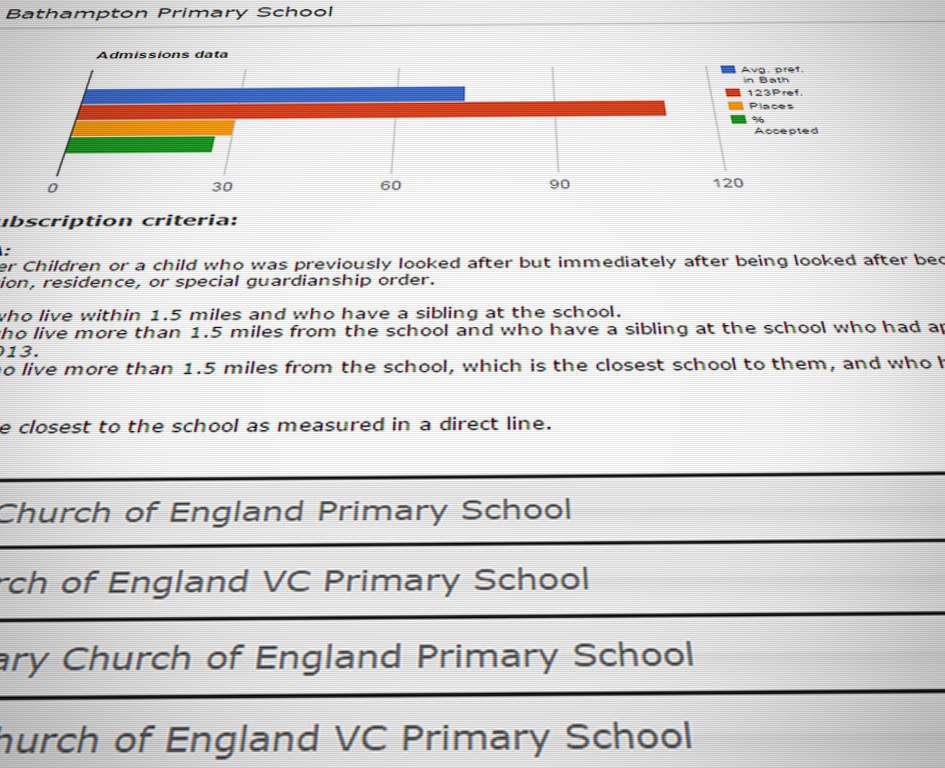 The process of applying to primary schools is a difficult one for parents, a time that is stressful for all involved, and that should be made as simple as possible. Though in reality this is not the case, so we decided to try, and change things for the better.

On our site we have listed the key dates that both parents should apply, and that they should get any offers by from the respective schools. We have created graphs using admissions data from each of the schools, and have grouped them by their acceptance difficulty. Last but not least we have simplified, and presented the over-subscription criteria for each of the schools.

We used the data that was posted on the Bath Hacked site along with data that we gathered from government sites.

Along with creating a site that was visually pleasing for the user, one of the most challenging aspects was taking data in PDF format (over 100 pages!), and turning it into a more accessible format.

We would try to add more data to the site, from other geographical areas so that it could be useful for a wider range of parents. 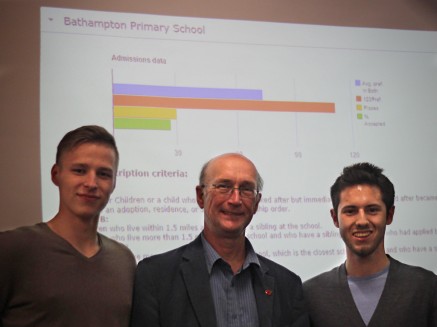 The team members had never attended a hack event before (they had also never met!) but they very quickly demonstrated an excellent grasp of the problem. They showed how strong focus and an analytical approach, even with a limited technical toolset, can produce useful solutions.

The project is live at: jessestewart.github.io