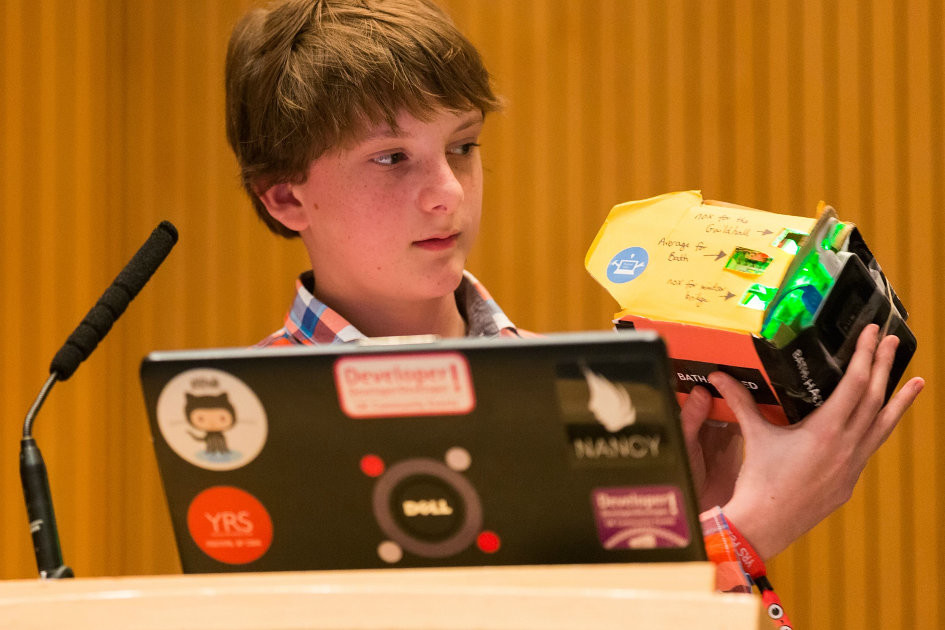 We’re very pleased to feature this guest post from Danielle Vass, co-founder of Teach Programming another Bath based community interest company. Danielle recently supported a group of young people from the area in creating open data powered hacks for the Young Rewired State Festival of Code. Read on to learn more about what the teams created.

The Young Rewired State run an event each year called the Festival of Code – where kids under 18 get to build anything they want (but must contain some open data) and showcase it at the end of the week with all the other centres. This year the weekend was hosted in Birmingham and we had three teams presenting.

This is a run down of the things that they made!

Max made a node.js program that connected with the Bath pollution data and displayed two different sensor locations and the average pollution for Bath using littlebits. Littlebits are like Lego for programming. One of the bits that I have are cloudbits – whereby we can program them over the Internet. The first picture below is some of the components that we put in a box for display purposes. This could then be used in schools or public locations to display how polluted our cities really are at any given time. 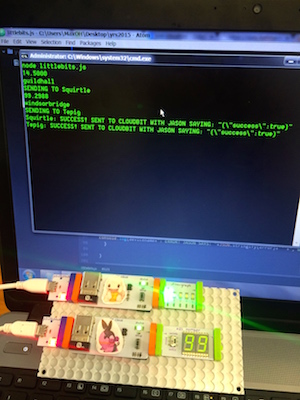 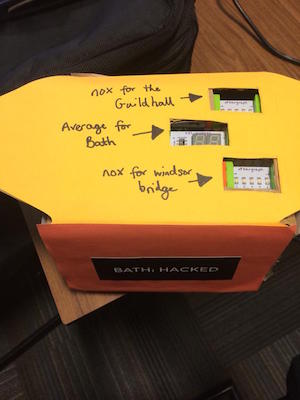 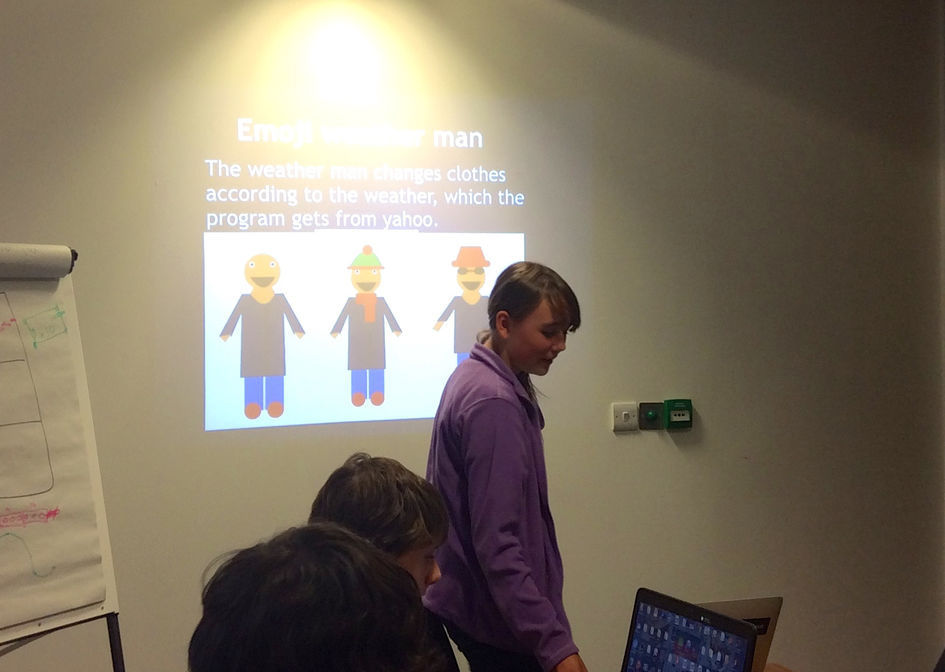 Nia built a web app that used Yahoo’s Weather API to display in emoji form what the current weather forecast was. For example if it was sunny he had a sunhat on, if it was raining he had an umbrella, and if it was due to snow he had a woolly hat on! She built this using a lot of SVG shapes and JavaScript to connect to the Yahoo API and customise the clothes.

Nia’s project is up on GitHub here – http://niahaddon.github.io/weather-emoji/ – you can also check out the current weather forecast for any place in the world. 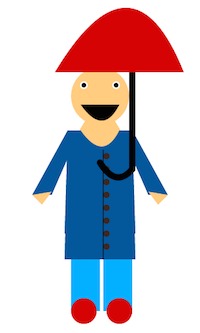 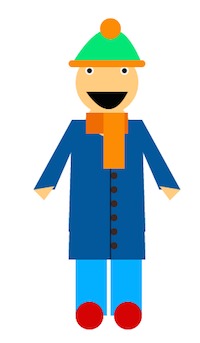 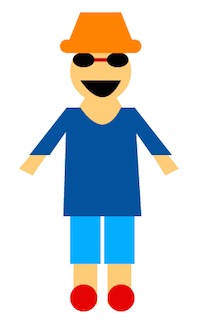 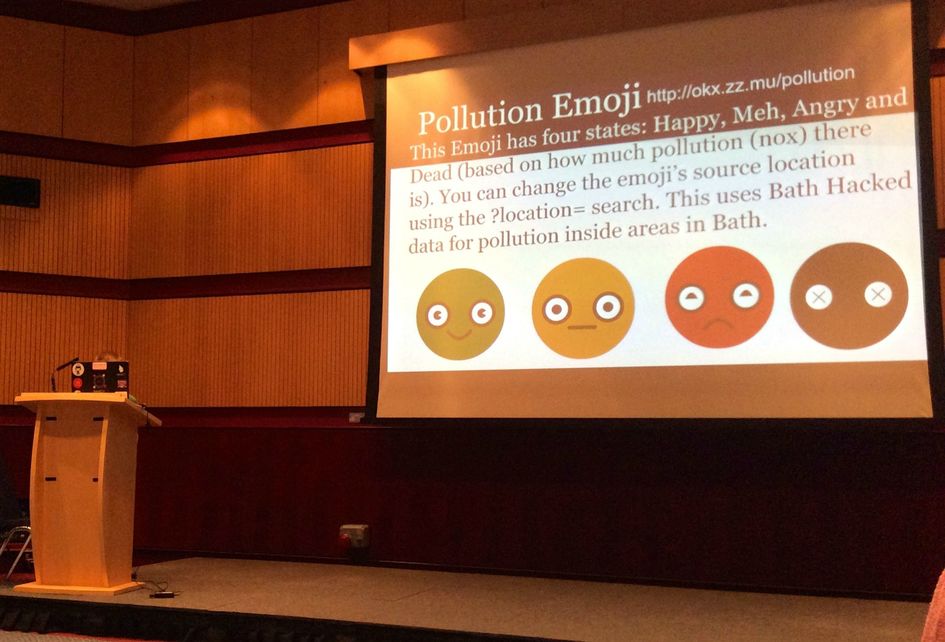 Oliver made several projects over the week and is above talking about his pollution emoji project (you can see he’s just a little bit too small to see over the lectern!). He connected with the pollution data for Bath to display in emoji form how much pollution there was for the different sensor locations in Bath. a happy green emoji meant less pollution in the air versus an angry red emoji! He built this just using SVG and JavaScript.

Oliver’s project is available at – http://okx.zz.mu/pollution?location=guildhall (you can also change the location to other places e.g. windsorbridge) 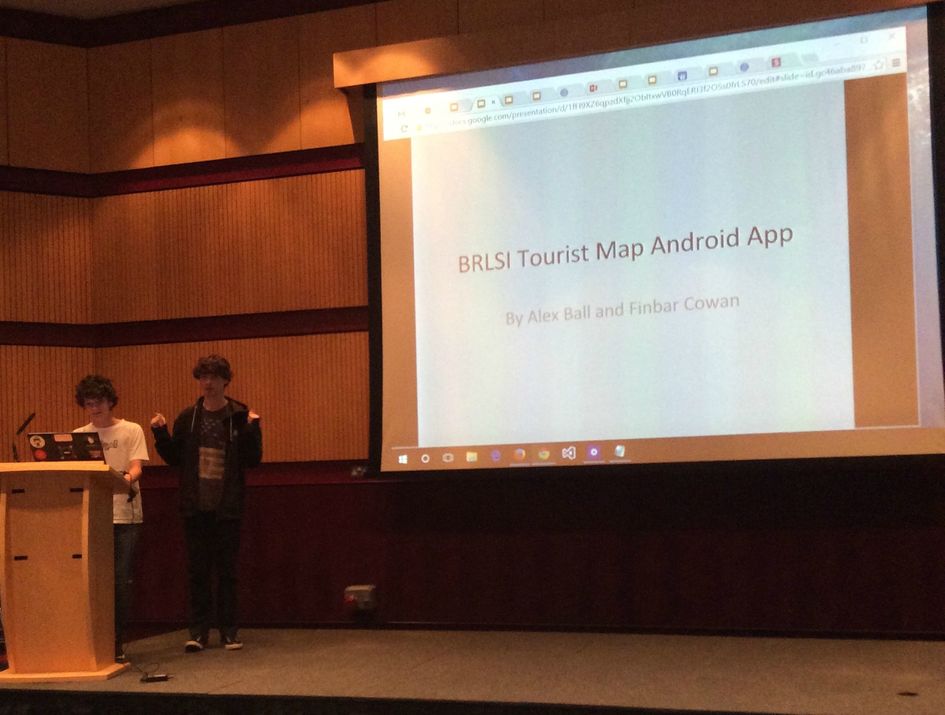 Alex and Finbar made their own Android app (having never programmed for Android before). The Bath Royal Literary and Scientific Institute (BRLSI) have three summer trails for the summer which they’re currently handing out by paper at BRLSI’s offices and the tourist information centre. However, they really wanted their own apps as most tourists would prefer that. Alex and Finbar did a stellar job battling against the GoogleMaps API v2 which is notoriously difficult and managed to display all three trails on the map! 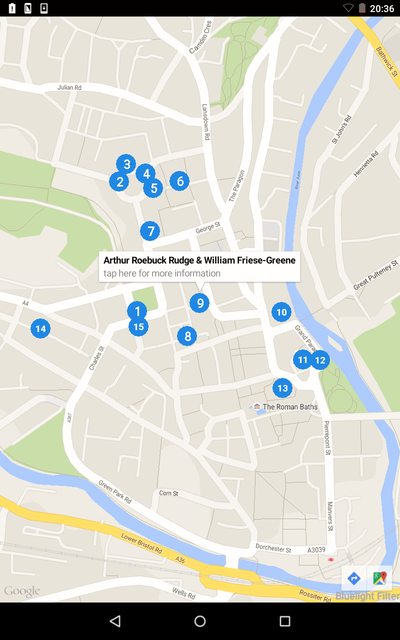 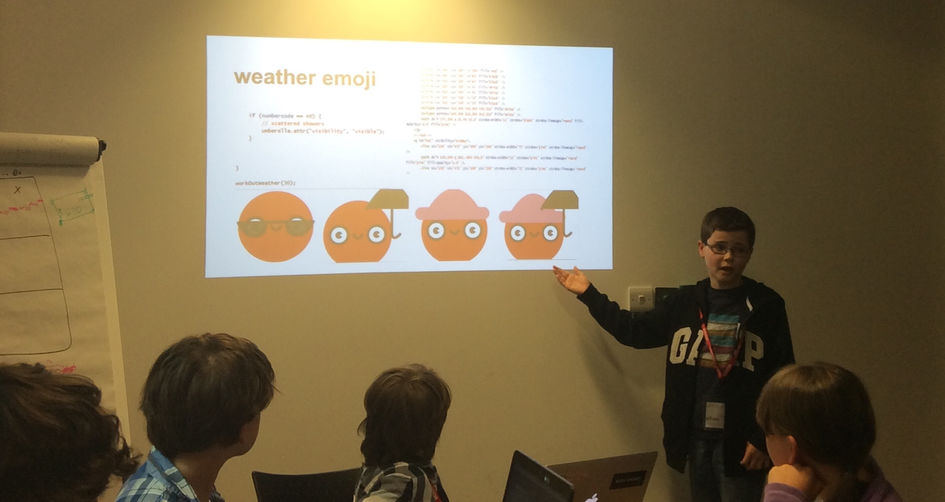 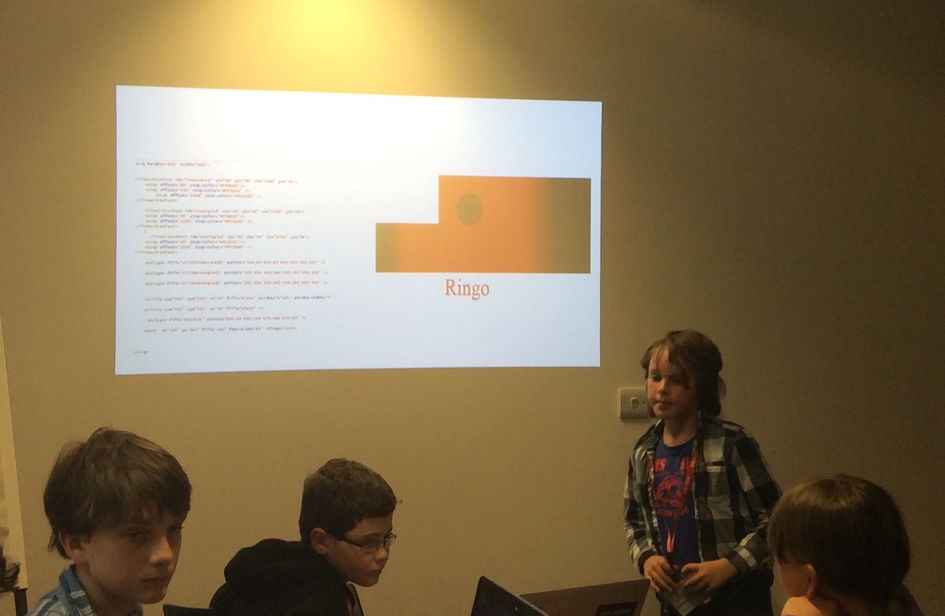 Neither Lenny or James had ever programmed before so we walked them through creating their own emojis using a website I’d created for just the job, project tigr! Lenny created several of his own emojis including his pet dog Ringo pictured above. James had a valiant effort at creating an emoji weather forecaster like Nia’s with his own umbrella, sunglasses and winter bonnet.

We learned a lot participating this year! We have a much better understanding of what judges look for in a winning project and hope next year, with a bit of help, we will do even better! 🙂

We’re also looking at running another Bath Hacked day sometime in October for young people. If you’re interested in participating either follow Danielle or Bath:Hacked on Twitter, and keep an eye on project tigr for more information. Finally, we’re also about to launch our own programming books on kickstarter later this month, so if you or anyone you know might be interested check out Project Tigr Books !