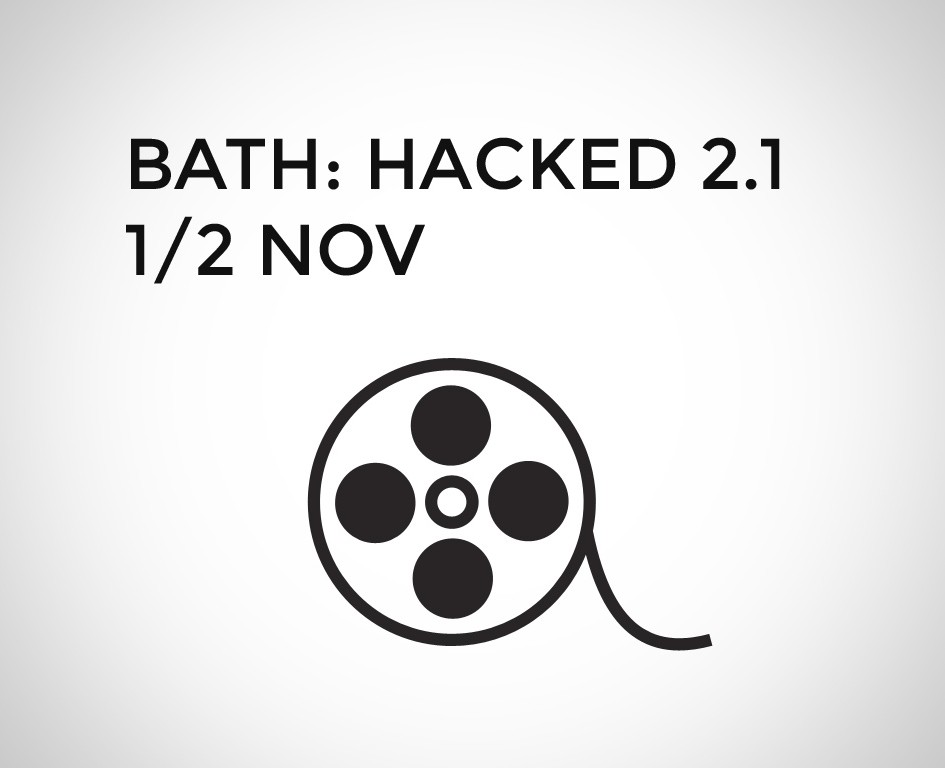 Bath: Hacked is approaching its first birthday and lots of people ask what we do, and how we do it. Will Sansom made a little film at Hacked 2.1 that takes a look behind the scenes.

Hacked 2.1 on 1/2 November was timed to coincide with Bath Digital Festival‘s “Digital for Good” theme. The hack allowed 12 teams to spend 36 hours playing with the local data we’ve been gathering for most of this year. Teams were formed, friendships were made, a lot of learning happened and our citizens won £2000 in prizes in the process.

The hard work of sourcing and curating open data goes largely unseen and hacks are a great way to turn dry data into meaningful ideas that benefit our community. This is our third hack and you can read about much of what we made this year on our projects page.

We’ll undoubtedly continue holding hack events and we’re particularly proud to have introduced a space for first timers and non-technical participation. Bath: Hacked is a grass roots project and we passionately believe open data is for everyone.

Over the past year, I’ve also come to believe open data is completely useless without community involvement.

We’d love to introduce new formats involving smaller workshops, collaborative events and we’ve even been asked to reach out to schools. As long as we keep an open mind, these are all exciting ideas.

One urgent job is to form a CIC. Bath: Hacked is currently just a logo. We don’t even have a bank account.

And is it worth it?

Truth? Nobody really knows. The ODI and others spend a lot of time trying to justify the real value of open data and they work hard to surface success stories.

There is also scepticism.

Tom Cheesewright, a technology futurologist for Book of the Future, recently expressed concern about public money. “Who, other than engaged city-hacker types, is going to make use of the data unless it is expressed in a form that is valuable? Without that the data is pretty exclusive, restricted to council managers and those with the technical knowledge or financial interest in doing something with it… altruistic hackers can only ever do so much.”

I don’t have the qualifications to argue.

I can tell you a few things that have happened from the trenches:

While we’re still a quiet part of the local community (even in tech) Bath: Hacked has made bigger waves in the outside world.

The idea that a completely unfunded, grass roots project could deliver so much real data and tangible value in such a short timeframe is putting this city on the map.

We regularly see twitter chat among other cities (particularly US ones) and Ivy League academics on what this cute little spa town is doing. We met Tim Berners-Lee this week and hell… even a government gave us a shout:

(I got bonus points for replying in Italian.)

Bristol and other regions are now asking for input on replicating this success. We’re still finding it a difficult one to answer definitively because the number of pieces that make up the puzzle are so numerous.

It takes a lot of data, a massively supportive partner in Socrata, fearless local government, lots of humility and high quality people who are willing, passionate and self-effacing. (Be warned, there is no glory in this – big heads never stay with us long.)

I’m still unsure how you turn all this into a formula, but I can say definitively that this stuff starts with one thing: Good people.

Pat yourselves on the back Bath. You punch way above your weight.

Will Sansom is the kind of person I’m talking about and he made this video on his own time. He knew nothing about open data or hacking before arriving and he spent his weekend not only filming, but completely immersing himself in what we do.

We’re delighted with what he made – find out more about him at Close Range Films.