Safe Routes to School – a lesson in licensing 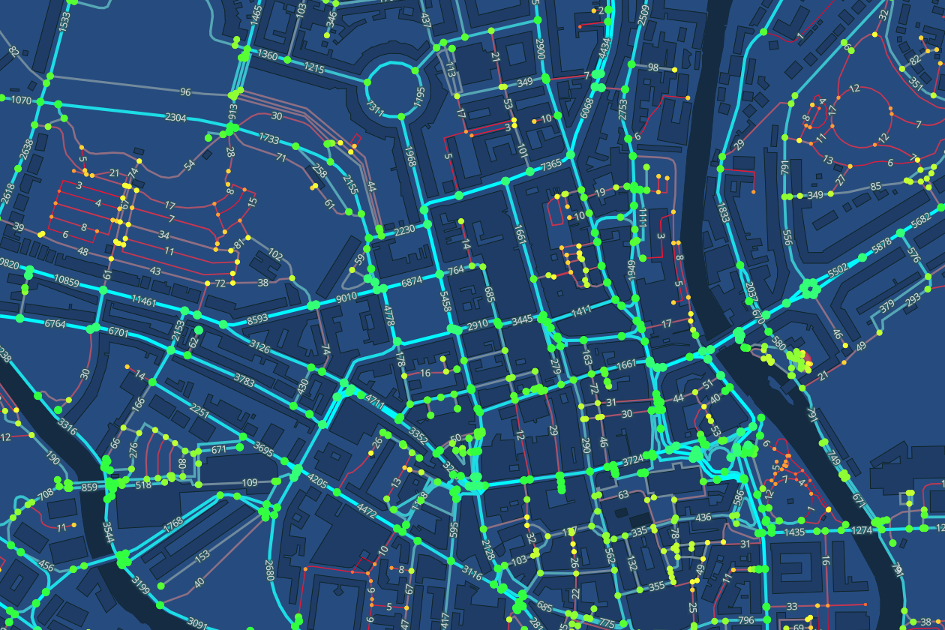 Bath:Hacked is rightly here to celebrate all things open. However, sometimes it’s difficult to release data, even when the potential benefits of release are massive. This blog looks at some of the challenges facing councils in releasing open data, using an example of the Council’s Safe Routes To School dataset.

The Safe Routes to schools dataset was created in 2017 to support one-off infrastructure funding for road safety schemes. Using a mixture of existing data about local geographies and on-site surveys, the data provides a mechanism of assessing the safety of the entire Bath and North East Somerset routes network.

The public health benefits of exercise for young people are well recorded: schools are making use of their own road safety data for local schemes and the council supports walking to school as part of its wider sustainable transport agenda.

However, at present, this data is not widely used to help schools and families make more effective, safe travel choices. If it were released under an open licence, then there are a number of other uses for the data, e.g. to:

Without clear ongoing benefit, and with the main programme of road improvements completed, there is limited incentive for the Council to continue to update the dataset.

Why has the data not been released?

In short, while the data about the road network is created by the Council, the underlying data about the location of the road itself is administered and licensed by separate organisations and the Council does not have permission to share it in format.

The dataset is based on the National Street Gazetteer (NSG), which is the definitive dataset for streets in England and Wales. Information underpinning the gazetteer is curated by Geoplace who also curate the National Land and Property Gazetteer for buildings and land registers. The spatial information held in this is itself associated with Ordnance Survey. Under the public sector mapping agreement government agencies are able to access and use this data at no cost, however onward use by third parties is limited.

There are some dispensations to this, through the presumption to publish, which allows Local Authorities to apply to publish small subsets of Ordnance Survey data under an open license, allowing re-use for any purpose. However, the use of this option is limited.

In this case, the data is deemed to “substantially copy” a significant amount of copyrighted data, as it includes a full copy of the entire Bath and North East Somerset roads network. This means that it cannot be released.

Options to solve the problem

A further application to Ordnance Survey has been made to release this data under the presumption to publish option. A formal response has not been received, but it is not expected that their position with regards the data will have changed.

A release could be made purely of the Council attributed data, e.g with just the name of the road or street. But, without an associated geographical reference, it’s use is limited. Every data user would need to map the street names back to the local geography, adding unnecessary time and overhead.

Release the data with an open, unique identifier

All roads have an associated Unique Street Reference Number (USRN) which is provided by Geoplace. The release of these reference numbers is currently being investigated by Ordnance Survey as part of their Open MasterMap project. If agreed this would allow Safe Routes to School dataset to be released with an associated unique identifier that could be linked to the geospatial data if the data user can access it via another route. Adding USRN identifiers to existing OS open datasets, e.g. via OS OpenMap Local and via any new datasets or APIs made available as part of the Open MasterMap project,  would make this possible for everyone.

For now, pending further decision by the Ordnance Survey, the Safe Routes to School data cannot be released. If there is positive progress in the Open MasterMap project, then we hope to release this in the future so that we can maximise the return on our investment in creating this dataset.

How to get involved?

If you’ve got a good idea about how this data could be used, please get in touch. The more compelling the need to release the data, the greater chance we have of getting a solution.