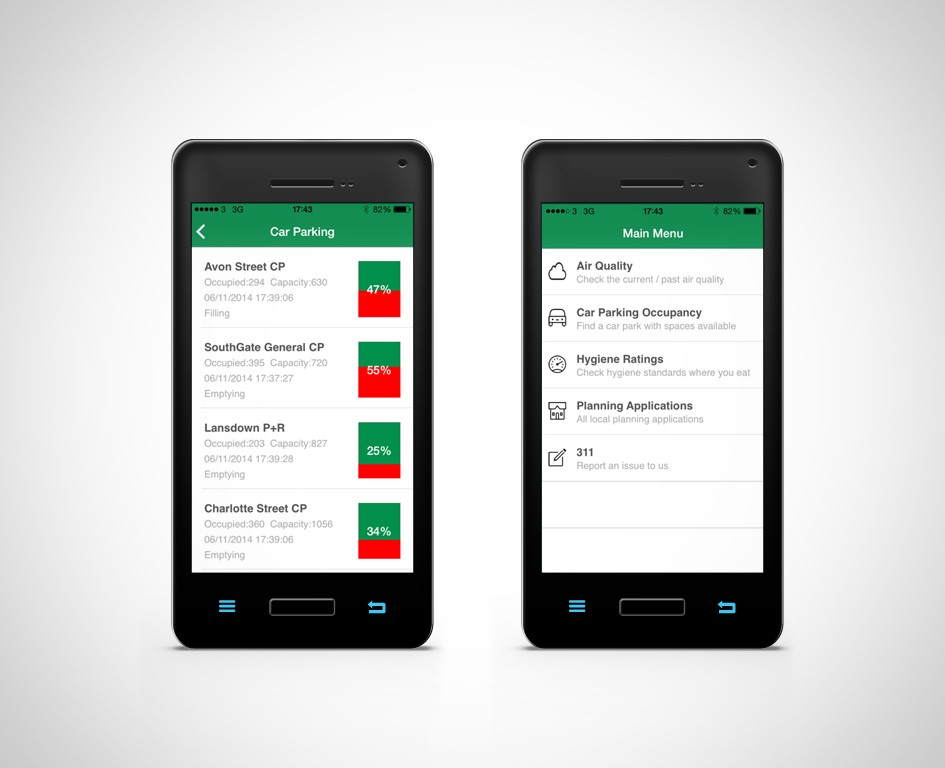 Gavin Bryan used Hacked 2.1 to start work on a mobile app for iOS and Android that elegantly summarises a range of live city data and also provides a feeback mechanism to the council via 311 reports.

What did you make?

I built native apps on iOS (iPhone and iPad) and Android. It was very much a starting point over the weekend for something bigger down the line hopefully as the Bath: Hacked data store has so much useful data. I wanted to create the starting point of a mobile app platform to be able to use to present that data in meaningful ways to the residents of Bath, that they would find useful.

What did you use?

Used a mobile framework called Xamarin. This allows you to use the C# programming language to develop true native mobile applications. Xamarin does direct one to one API bindings on iOS and Android.

All the UI and platform parts of the apps are coded against the native SDK’s but a large amount on non-platform/UI code can be shared in a common shared C# library to maximize code re-use for cross platform mobile development. Is definitely a sweet spot right now in mobile app development.

What were the challenges ?

I was working just by myself and started with a blank canvas so a lot of the weekend was spent getting the basic plumbing/infrastructure in place in both apps for iOS and Android to act as a common platform.

In hindsight I would have been better targeting one platform (and probably one device) but wanted to use this to develop further after the event. The Sunday was spent trying to get as much functionality working as I could with the remaining time.

What would you do to improve your project further?

There is a good base now to move this forward and really want to drill into the data more now and start presenting through the mobile platform that I started on over the hacked weekend. Trying to look for parts of the data that lend themselves well to being on mobile e.g. latest car parking places, location specific, real time etc.

Looking at how to present the data now in useful ways on mobile across the different devices. Would like to get a ver 1.0 into the app stores in the next month and am really enjoying working on this since the weekend too.