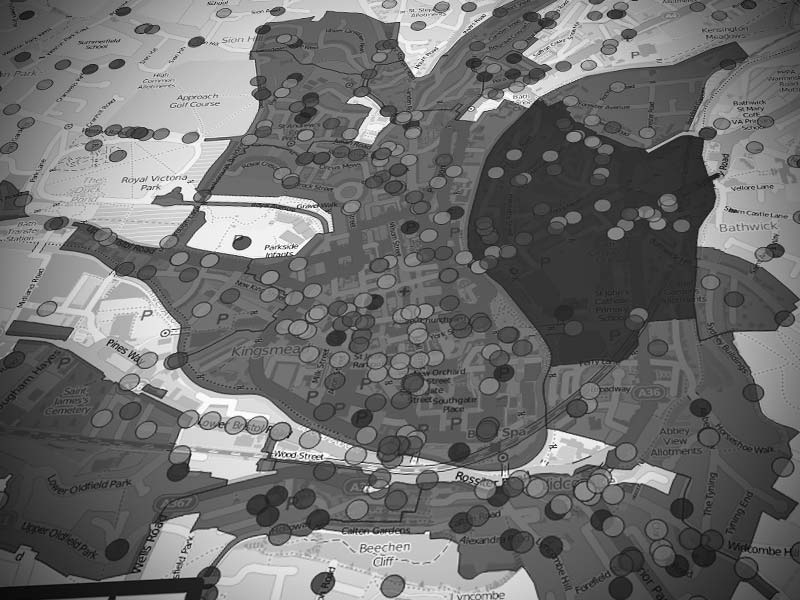 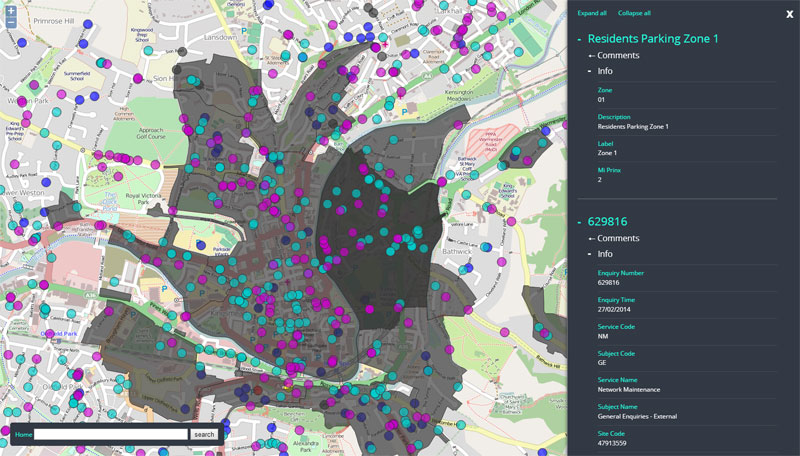 With so many datasets on offer, we were interested in exploring commonalities between them and developing tools that would allow us to unify as many data as possible within a single platform & then look at ways to interrogate & interact with them.

Many of the sets consisted of columnar data coupled with area & point geolocation information. Much of the data was standalone with surprisingly sparse cross-referencing . This suggested a non-relational, document-based storage mechanism (ElasticSearch), which obviated the need for restrictive schema development.

We developed a common toolchain, used to import the datasets, by applying a series of transformations between layers of standard data formats, ultimately ending with JSON data. Once data had been imported, we explored methods for displaying sets as map layers, defining & applying cloropleths, text & geometric searching, direct interaction with system objects and real-time updates.

While our project was distinctly academic in nature, we were genuinely delighted by the conversations that we provoked; ideas for solutions to existing problems, problems that we had highlighted, visualisations that answered some questions or left people scratching their heads and exploring “How about if you…?” scenarios.

We’d truly like to thank everyone for starting these conversations & look forward to seeing Bath leading the way in the world of data democratisation.